Back to Netball sessions are running across England and provide women of all ages with a gentle re-introduction to the sport.  Run by passionate and enthusiastic coaches, sessions cover the basics of the game including passing, footwork and shooting.  Sessions finish with a friendly game to put the skills you have learnt into practice.

As part of Hereford's Biggest Summer of Netball, Back to Netball returns on 23rd July! Full details: 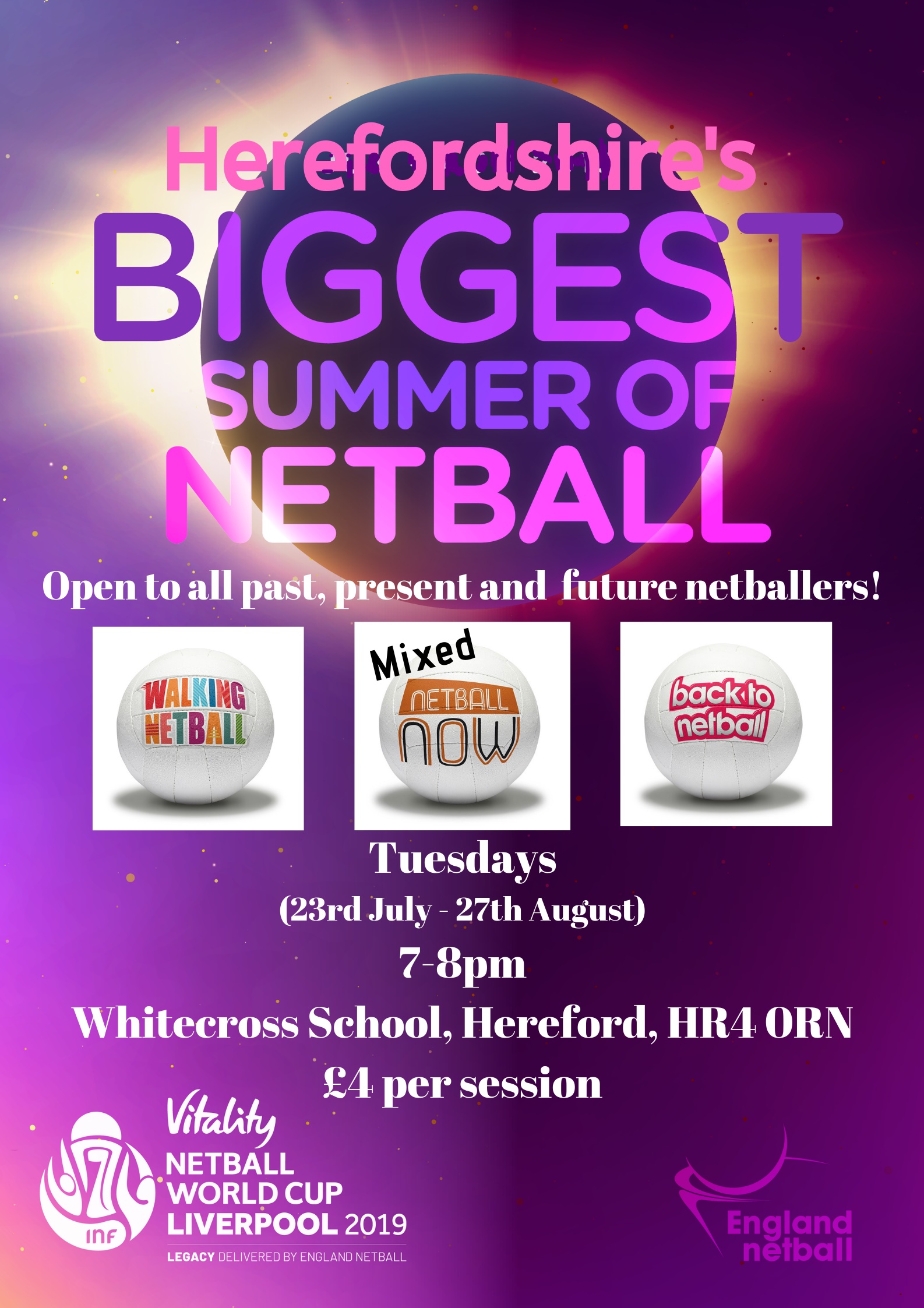 For more information contact: Lindsay Hacking on lindsay.hacking@englandnetball.co.uk or 07545 924953.