What is it?
Walking Netball is a slower version of the game we all love; it is netball, but at a walking pace.

Women the length of the country have started playing Walking Netball for the fun, laughter and camaraderie the social session brings, as much as the health benefits on offer.

Who is it for?
Walking Netball has been designed so that anyone can play it regardless of age or fitness level. From those who have dropped out of the sport they love due to serious injury to those who believed they had hung up their netball trainers many years ago, Walking Netball really is for everyone.

It can give those who feel isolated an outlet, provide an activity for those who do not deem themselves fit enough to run anymore and offer a stepping stone for those looking for a pathway back into netball.

What can I expect?
Walking Netball sessions are designed to be fun and flexible, and largely follow the same formats as any other netball session, including a warm-up, mini-games and drills followed by a friendly game.

You do not need any special kit to take part, just clothes that you feel comfortable exercising in and suitable footwear (ideally trainers that lace up) and make sure you bring some water to your session.

Full details of our local sessions are below, updated October 2021. Come and join us! 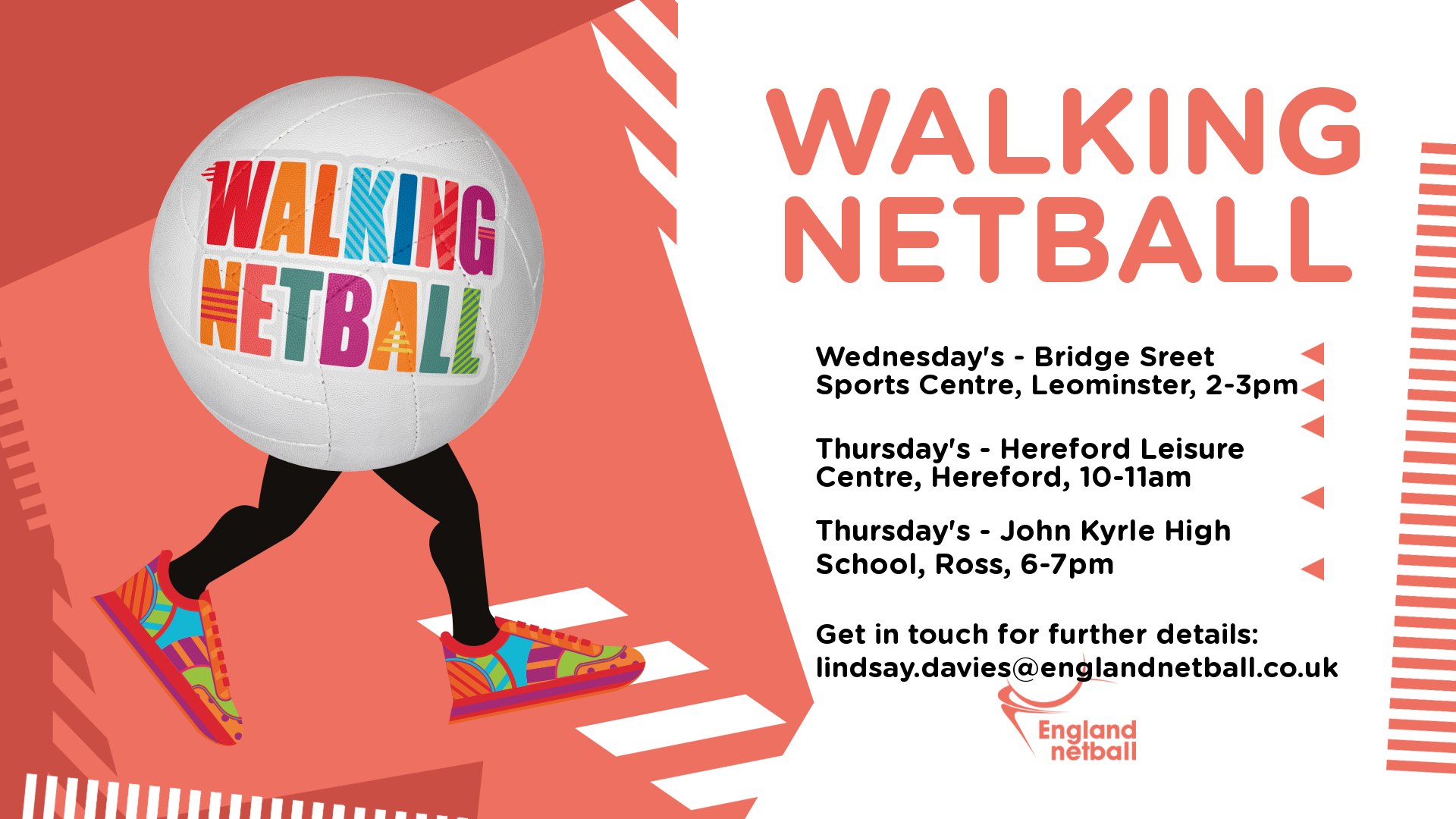 For more information contact: Lindsay Davies on lindsay.davies@englandnetball.co.uk or 07545 924953.