The Netball Excel Pathway is the England Netball process for developing athletes with the attributes to attain excellence. The programmes within the pathway are focused on developing athletes to reach their potential and form the foundations to enable England Netball to be World Number One by 2015. The National Excel Pathway consists of the National Talent programme (Talent 1 and 2) which progresses into Excel Plus - the U21 and National Squad programmes.

You can now download the National Excel Pathway training and competition dates for 2012/13.

Netball West Midlands run a Regional Academy to support talented athletes in the Region with the aim of helping players reach their potential, hopefully progressing into the Netball Talent League (Junior equivalent to Superleague) and the England National Excel squads.

Screening for the Regional Academy takes place in June and October, with a Regional Excel Camp taking place during the October half term to make final selections.

The Regional Excel Academy and Development Centre training take place once a month between October and March. Talented players from across the Region are brought together to complete intensive training to further develop their skills and game play, as well as prepare for National Screening.

Excel Coaches are head coaches at the Regional Academy and deliver training along with giving athletes an online athlete management programme. The online programme helps players with their responsibilities outside of the Netball training sessions, such as their fitness training and nutrition.

Any Coaches wishing to observe the Excel coaching and training are very welcome, please contact lesley.blair@englandnetball.co.uk to obtain dates and times. 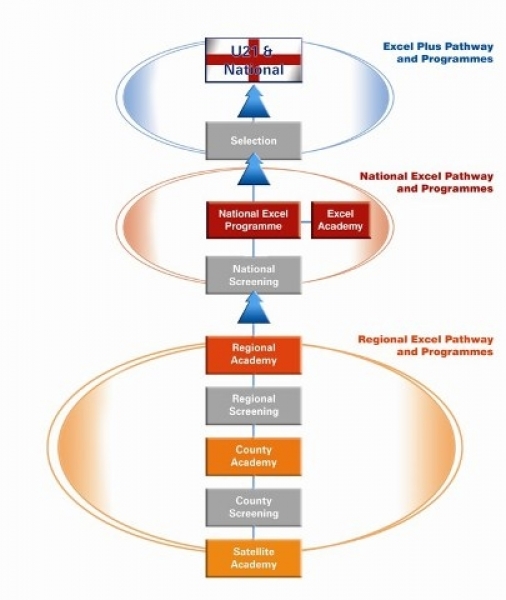